This afternoon, we moved some hay bales to just outside the cat shed. The cats were playing on them tonight.

Butler on a hay bale; I think that's Axel between the bales. I'm not sure whose ear is in the lower right. 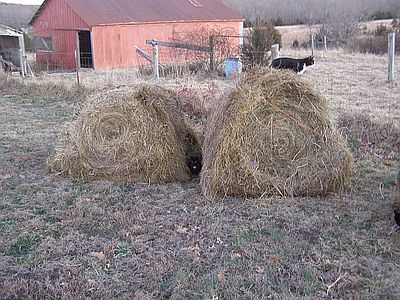 Parker on a hay bale 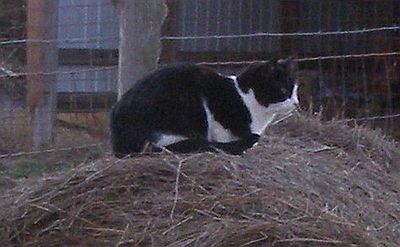 Truffles getting ready to jump to the next bale 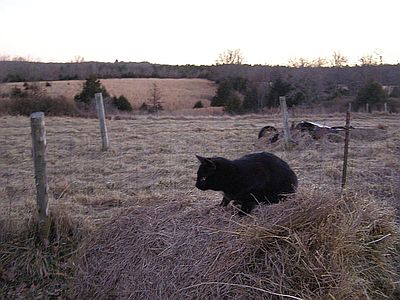 Butler looking across the field, away from the camera

The following pictures are either out of focus or saw the cats move during the picture.
Butler looking at the camera 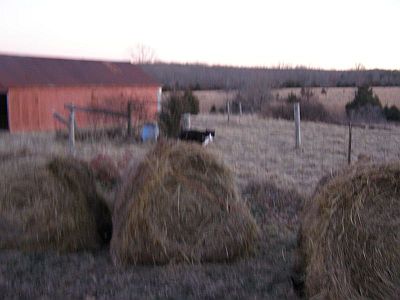 Butler on the far bale, Axel on the near bale 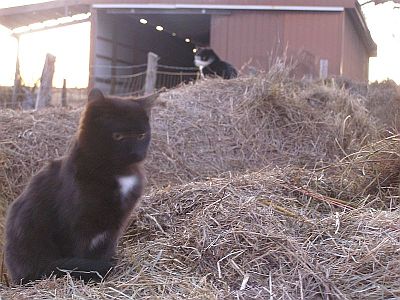 Parker looking between the bales 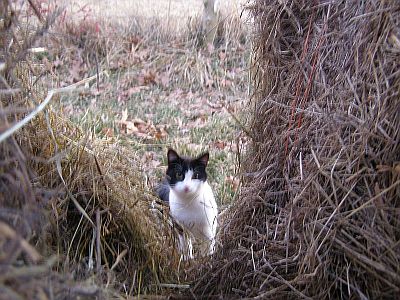 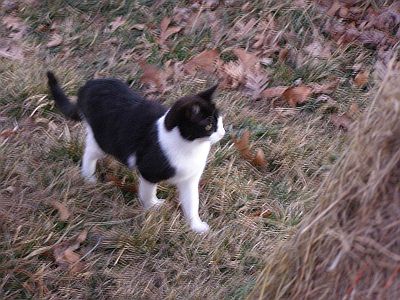 Parker watching someone disappear between the bales 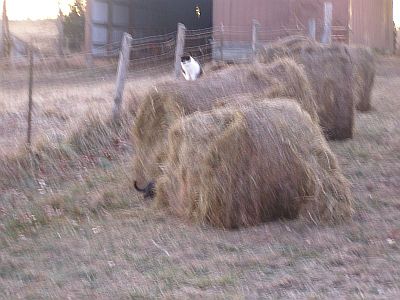 They were jumping from one to another to another before I went in to get a camera. They were surprisingly playful for how cold it is here today.