These are the pictures of Butler. Many of these have been seen in Facebook, but not here. They have been reduced to about 400x300 pixels to save space.

Butler in the shed. 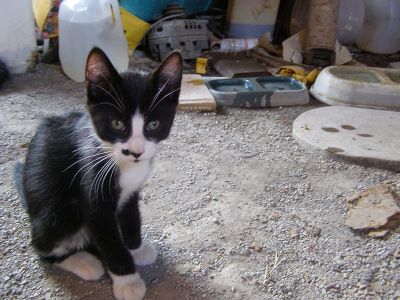 The cats waiting for dinner. Butler is at the far right. 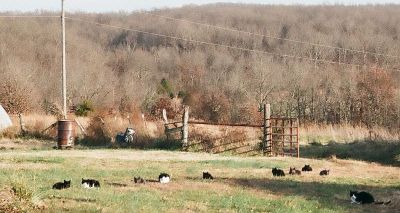 Butler on the hay bale. 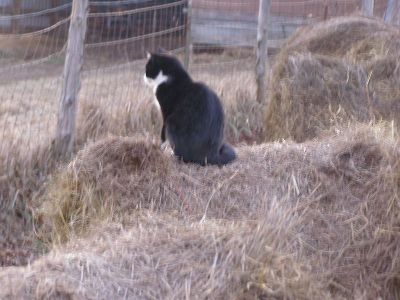 Butler on the hay bale, with his nephew Axel in between. I am not sure whose ear is in the lower right hand corner. 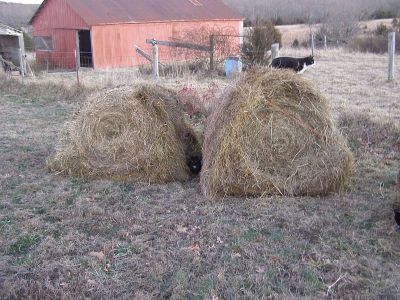 Butler hiding in the grass. 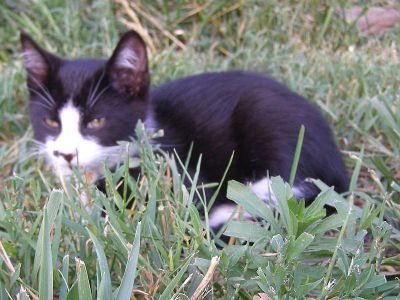 Butler in his favorite box in the shed. That's his sister Parker's tail at the top. 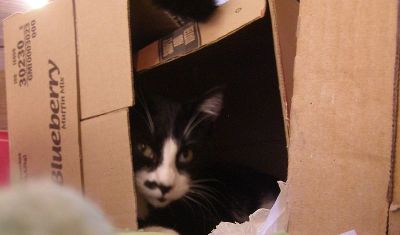 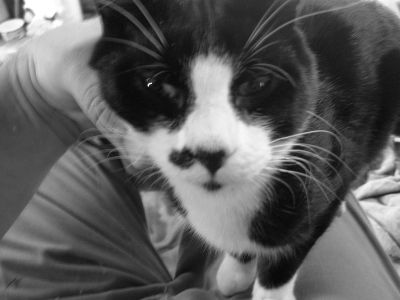 Looking back into the shed 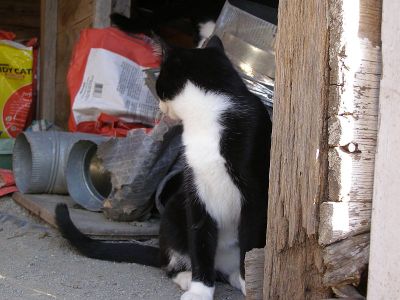 Butler on my back as I bent down to take pictures of the kittens. 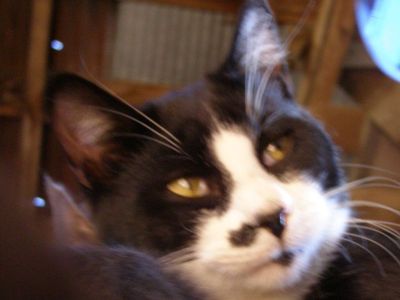 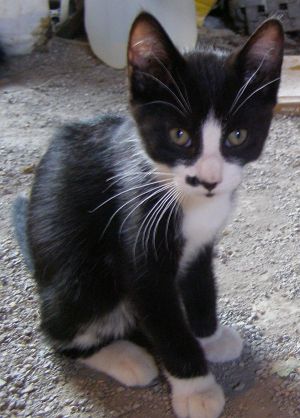 ... and here he is with his niece Little Blackie, who was about 10 days younger than he was. 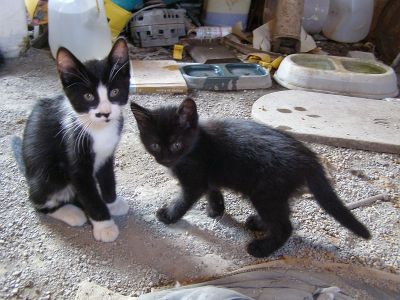 Butler on my lap early one summer morning after breakfast. 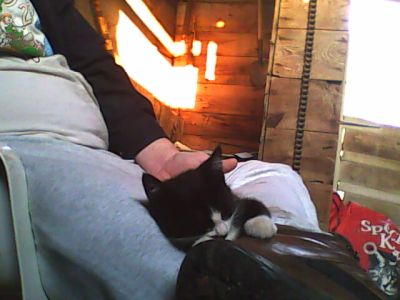 Butler sharing my lap with Parker after breakfast. 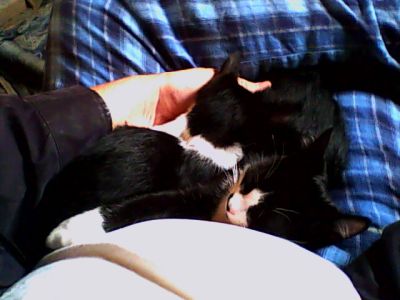 The following images were not in the original posting.

The ornament for Butler at the Pet Memorial Service 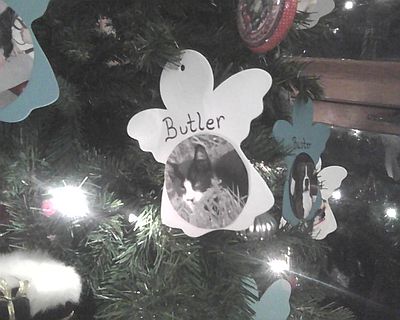 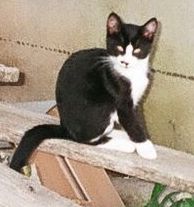